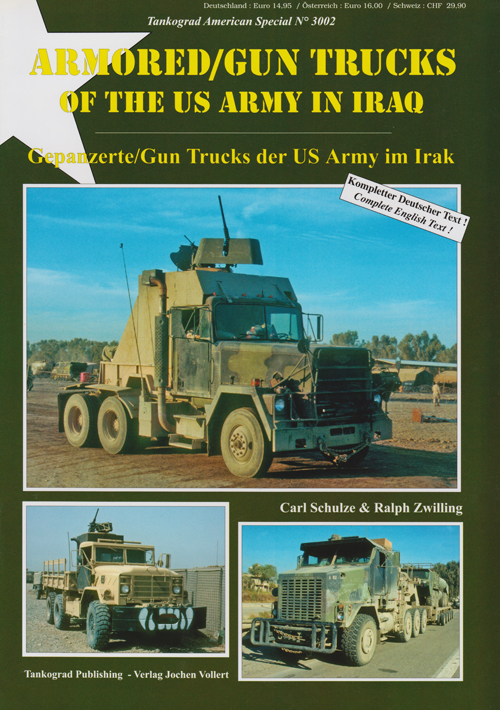 Armored/Gun Trucks of the US Army in Iraq

Until recently the US forces had conducted a conventional war in Iraq fighting a technically far inferior Iraqi adversary, who was no match for the US military machine. Now, the war in Iraq has developed into an asymmetric conflict. Vehicles in service with supply elements and logistic units were only designed for a conventional war operating far away from any threat and often several hundred kilometres behind enemy-held territory. In Iraq, however, these vehicles soon entered the combat zone. Stop-gap solutions and industrial emergency measures lead to a new generation of heavily armoured and heavily armed vehicles, the „Gun Trucks“.