On 29 October 2019, Tank-Masters.de had the very unique opportunity to join the roll out ceremony of the new German Leopard 2A7V MBT and the Danish Leopard 2A7DK at the Krauss-Maffei Wegmann (KMW) facilities in Munich.

Frank Haun, Chairman of the Board of KMW, presented the symbolic keys of the first two vehicle systems to the Ambassador of the Kingdom of Denmark, Friis Arne Petersen, and the Parliamentary State Secretary of the Federal Ministry of Defence, Dr. Peter Tauber. Both nations are receiving comparable variants of the Leopard 2 A7 main battle tank.

Protection, mobility, firepower and commandability were significantly increased. The main features include an even higher protection level, high-performance power supply, new NBC and air conditioning systems as well as the integration of C4 I systems in order to meet the requirements of modern, networked operation. The modernisation of the driveline and a further optimisation of the weapon stabilisation during travel bolster the vehicles’ agility and combat performance. The Danish army will receive a total of 44 Leopard 2 A7 vehicles by 2022. The German Federal Armed Forces will gain 104 Leopard 2 A7V vehicles by 2023.

From to 26 to 28 October 2019 Tank-Masters.de has visited the Battalion Combat Training Exercise Celtic Storm 2019 of 345th Artillery Demonstration Battalion from Baumholder in the vicinity of Meisenheim and Bad Kreuznach. 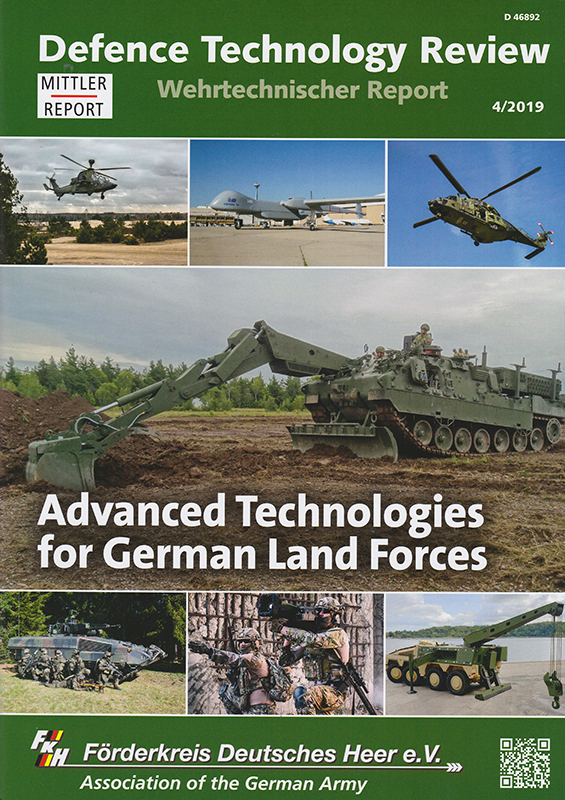 While we celebrate the German Unification Day, our soldiers of Panzerbrigade 12 „Oberpfalz“ are still conducting tactical river crossing operations as part of the Combat Training Exercise Grantiger Löwe 2019.

We wish all of our Bundeswehr soldiers all the best and God’s blessing.

Today Tank-Masters.de photographed the tactical river crossing of units of Panzerbrigade 12 „Oberpfalz“ from Cham as part of the Brigade Combat Training Exercise „Grantiger Löwe 2019“ near Luhe.