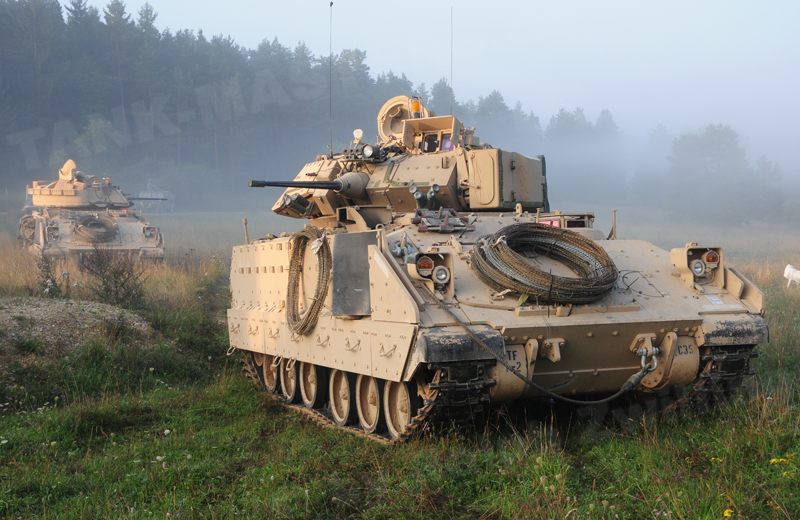 The M2A2 Bradley Fighting Vehicle was originally designed to satisfy the U.S. Army`s critical requirement for a fast, agile armored personnel carrier able to kepp pace with the M1 Abrams Main Battle Tank in the field while supporting infantry soldiers with added firepower. Since its initial production in 1981, the Bradley Fighting Vehicle has earned a reputation as the finest fighting vehicle in the world. After the Gulf War the U.S. Army initiated a Bradley Modernization Program including the development of an advanced Bradley version designated M2A3/M3A3, the upgrade of early production M2/M3 to A2 standard and the upgrade of existing M2A2/M3A2 to the Operation Desert Storm (ODS) standard.