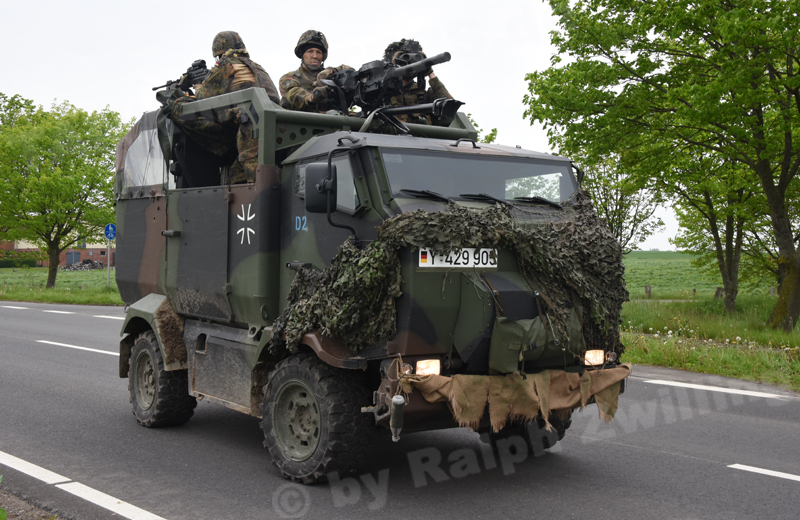 After extensive comparative trials, the German Ministry of Defence decided at the beginning of December 2003 to procure the Light Protected Vehicle for Specialised Forces (Einsatzfahrzeuge Spezialisierte Kräfte, or ESK) Mungo 1 for the then Division for Specialised Operations. Developed from a base vehicle made by Multicar Spezialfahrzeuge GmbH, the Mungo with folded-down side elements and ten fully equipped soldiers can be transported inside a CH-53 medium transport helicopter.

The ESK Mungo 1 consists of the chassis, cab and open cargo body. The vehicle is powered by a 105hp Iveco 8140.43B common-rail diesel engine of 2.8-litre displacement, direct fuel injection, turbocharger and intercooler. Power is transferred from the engine to a mechanically operated 4×4 VW 25 S5-01 5-speed synchromesh transmission with integrated transfer case and reduction gear via two driveshafts to the differentials of the front and rear axles. The suspension consists of an independent suspension-type front axle with coil springs, overload springs and hydraulic shock absorbers, as well as a rear rigid axle with leaf springs. 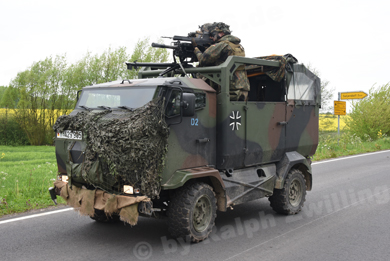 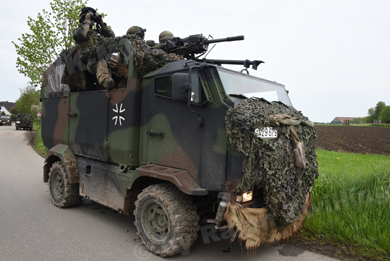 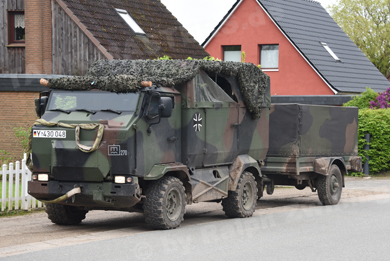 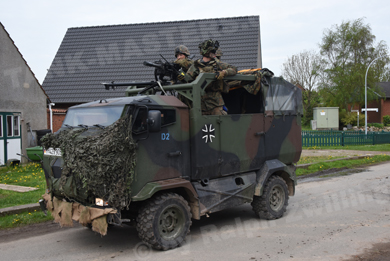 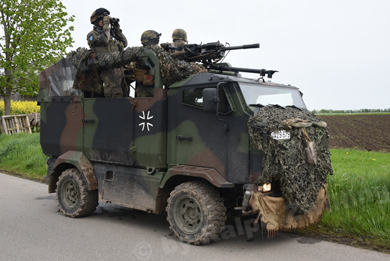 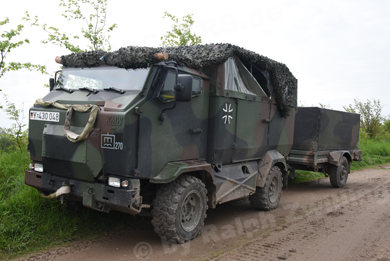 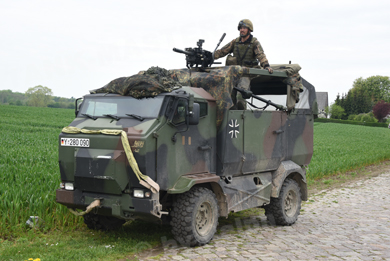 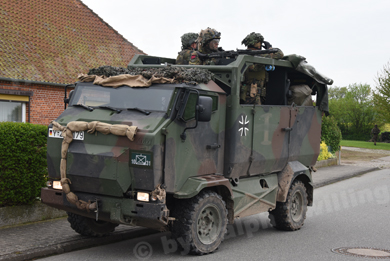 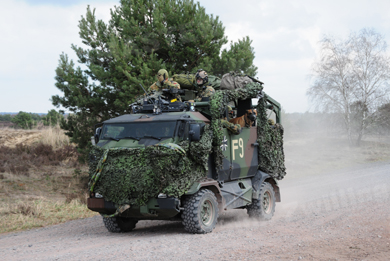 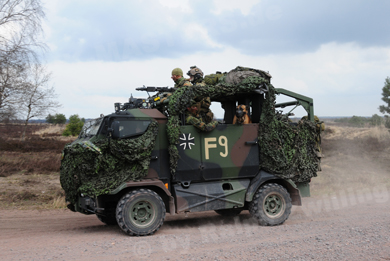 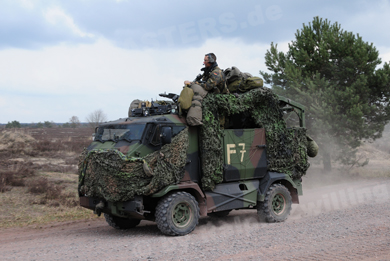 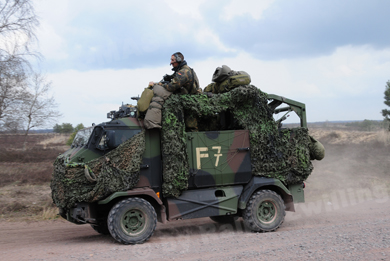 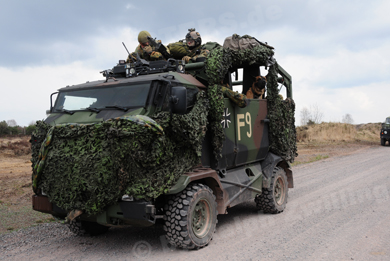 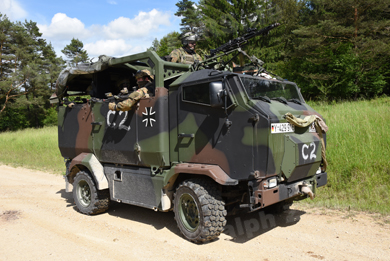 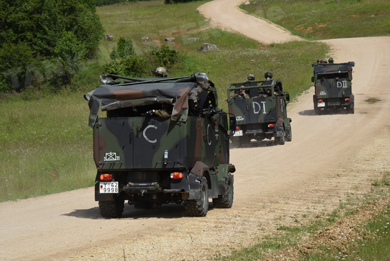 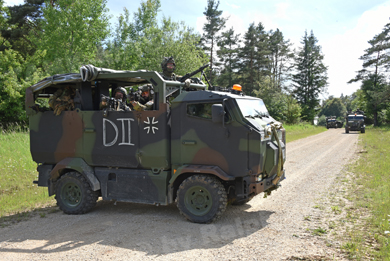 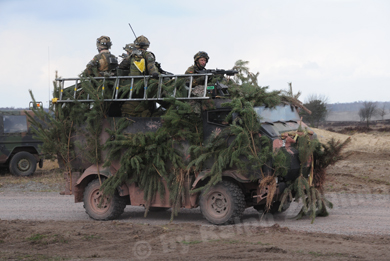 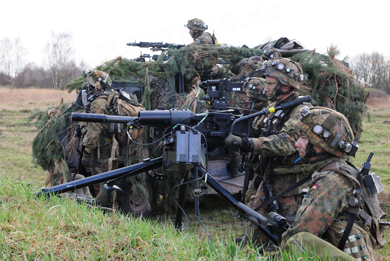 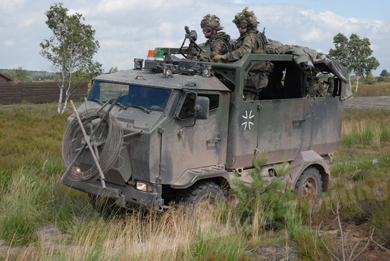 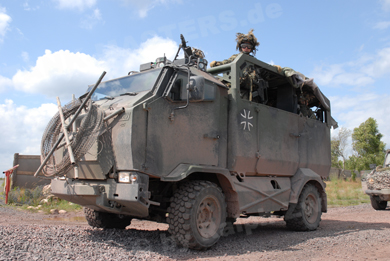 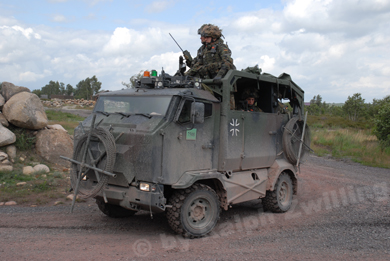 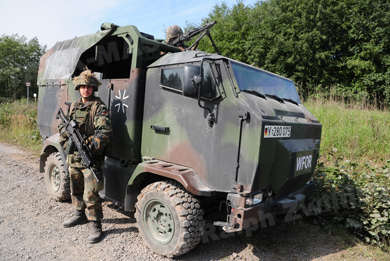 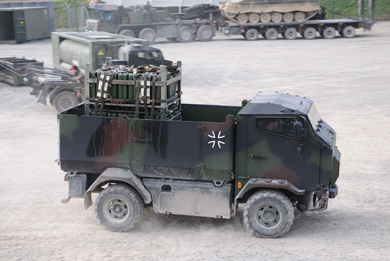 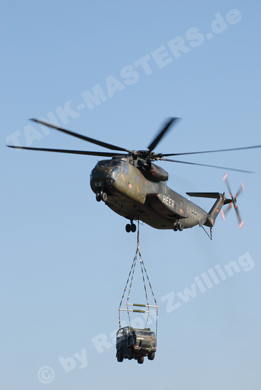