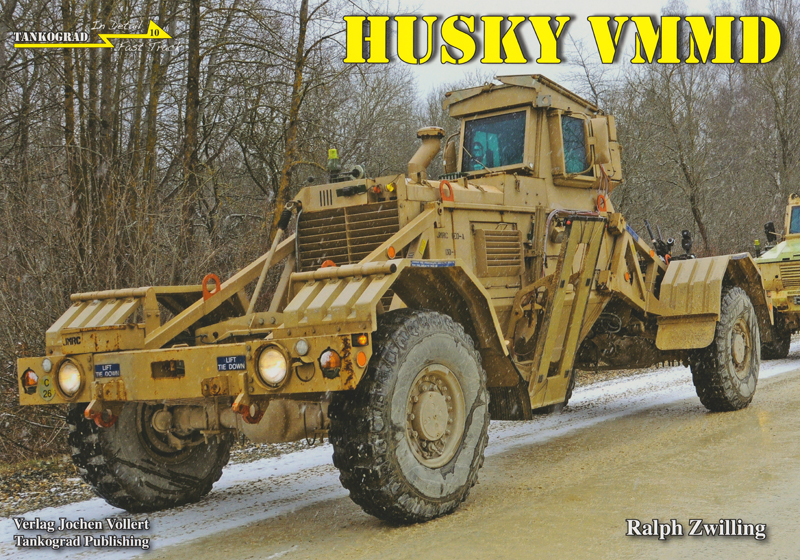 The Husky Vehicle-Mounted Mine Detector (VMMD) or, as it was previously known, the Chubby Mine Detection System, is part of an advanced mine detection and removal system used by combat engineers to conduct route clearance operations. The Husky Mk I was originally developed in the 1970s by DCD Protected Mobility (part of the DCD Group from Gauteng, South Africa) for the South African Defence Force to clear military convoy routes of mines in the Ovamboland and Caprivi Strip areas in Namibia and Angola. Up till now, three different versions of the Husky VMMD have been fielded. The Mk I has an operating weight of 8,200kg. It is powered by a 201hp ADE 366 TI diesel engine with turbocharger and intercooler, which is connected to a manual ZF S6-65 transmission with six forward gears and one reverse gear. The Mk II has the same operating weight of 8,200kg, but it is powered by a 201hp Daimler-Benz OM 906 LA diesel engine with turbocharger and intercooler connected to an Allison SP 2000 automatic transmission. The Mk III has an increased operating weight of 8,700kg, and it is also powered by a Daimler-Benz OM 906 LA diesel engine. In contrast to the Mk II, the Mk III features an arctic kit for the engine, an Allison 2500 SP automatic transmission and four-wheel steering.