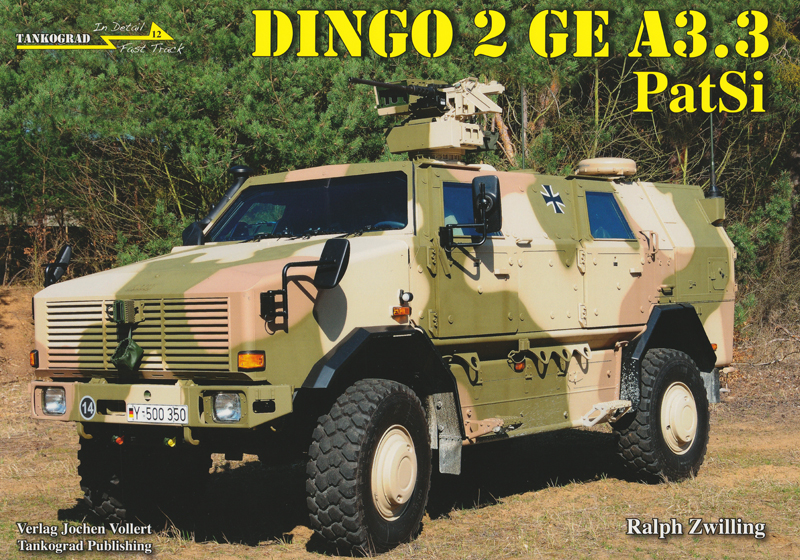 The All-Protected Transport Vehicle Dingo 2, named after the Australian wild dog, is a development of the ATF Dingo 1 that was fielded in 2000 and has since been proven in various missions worldwide. Previously, Daimler-Benz had made a rational decision to produce only the U 3000, U 4000 and U 5000 chassis in the future. At the same time, the German Bundeswehr asked for an armoured vehicle with a higher payload and improved protection, whose engine would be compliant with the latest emission standards. Therefore, in 2002, Krauss-Maffei Wegmann (KMW) in Munich developed the next vehicle model that was based on the UNIMOG U 5000 chassis, in parallel with delivery of ATF Dingo 1s. On 13 April 2011, KMW received a contract from the BAAINBw for the production and delivery of 39 ATF Dingo 2 GE A3.3 Patrol and Security Vehicles fitted with FLW 200 remote-control weapon stations (RWS). Later on, four additional vehicles were ordered to give a total of 43 vehicles. Externally the new Patrol and Security Vehicles can be distinguished by an infrared light at the front of the bonnet, as well as a hardtop at the rear of the vehicle that replaced the canvas cover used on other ATF Dingo 2 versions. The modular-designed vehicle consists of four main components: the chassis, engine compartment, armoured cell and rear storage compartment. They are connected via the U 5000 chassis on which they are flexibly mounted. The basis for the outstanding cross-country performance of the 13.1-ton ATF Dingo 2 GE A3.3 is the flexible ladder-type frame with welded crossmembers. It provides the necessary rigidity on improved roads while simultaneously providing the ability to flex off-road.