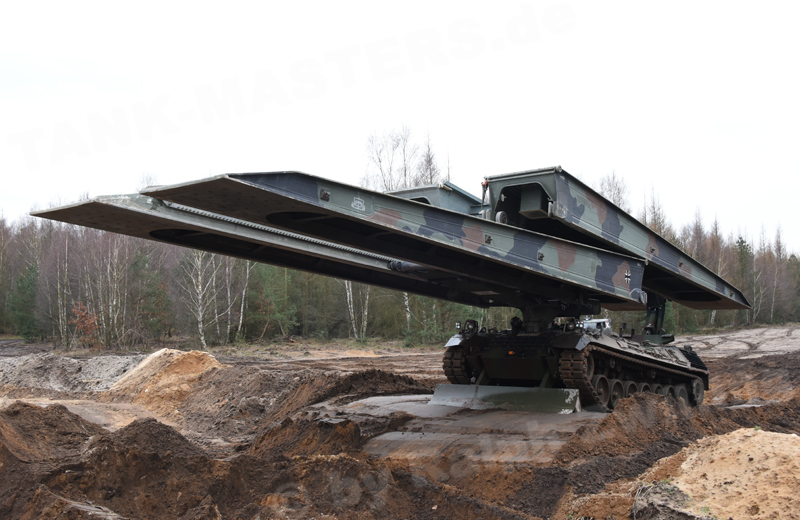 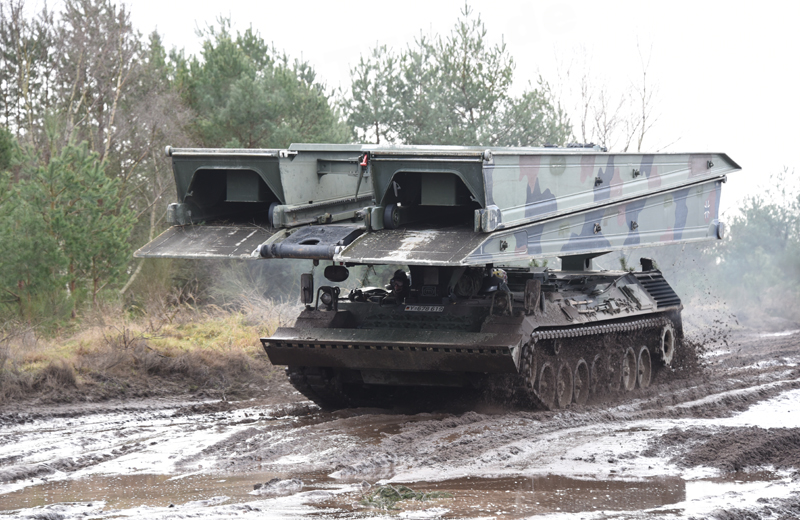 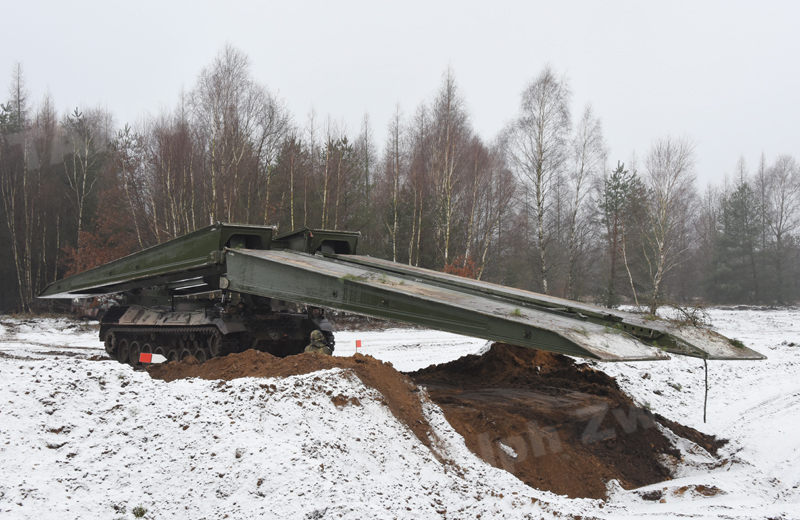 Originally, the Bundeswehr procured 102 M48A2 Armoured Vehicle-Launched Bridges (AVLB) to cross trenches, obstacles and small waterways. A major tactical disadvantage was the vehicle’s scissors bridge, which was very obvious on the battlefield during launching and lifting operations. In 1961 the Headquarters of the Army therefore required an armoured bridge-layer based on the Leopard 1 chassis with a flat laying method for the bridge. In mid-1969 two prototypes were handed over for trials. In December 1971 the Bundeswehr ordered 105 Armoured Bridge-Layer 1 Biber AVLBs with bridges plus an additional 19 bridges. The first series production vehicle was handed over on 29 November 1973. All 105 AVLBs were handed over by April 1975.

The Armoured Bridge-Layer 1 Biber has a two-piece bridge with a length of 22m and an MLC 50 load capacity; it is launched using the free cantilever method. As an exceptional load, vehicles up to MLC 60 can cross the bridge. Trenches up to 20m wide can be spanned by the bridge. For rail transport the bridge must be separated into two longitudinal halves. In transport mode the symmetrical bridge halves, each having a length of 11m, are stored horizontally one above the other over the vehicle’s main boom and rear boom. For launching, the two elements are lifted and the lower bridge half is pushed forward. After the two halves of the bridge are connected, the entire bridge is pushed over the obstacle with the help of the main boom. Retrieval of the bridge takes place in reverse order. During launch or retrieval, the main load of the bridge is put on the lowered dozer blade at the front of the vehicle. The bridge launch or recovery process takes between two and eight minutes depending on terrain conditions, and it can be conducted from under armour protection. Today most Armoured Vehicle Bridge-Layer 1 Biber vehicles feature an electro-hydraulic control system (elektrohydraulische Steuerung, or EHS) that makes launching and lifting operations much easier. The EHS controls all hydraulic-actuated vehicle systems, and it supports the operator with status information on a display about the bridge-laying process and any malfunction. 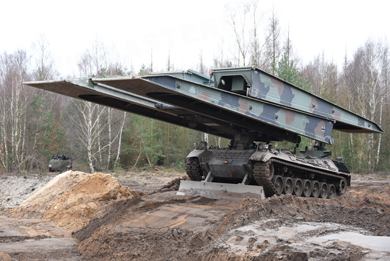 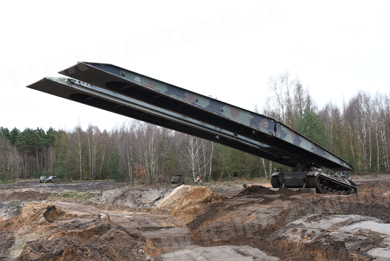 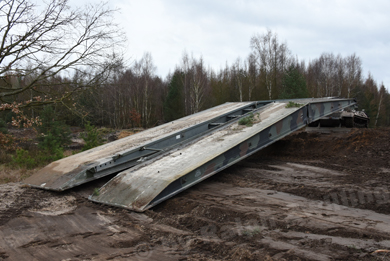 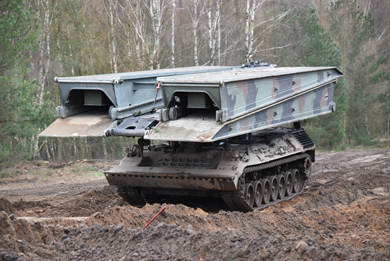 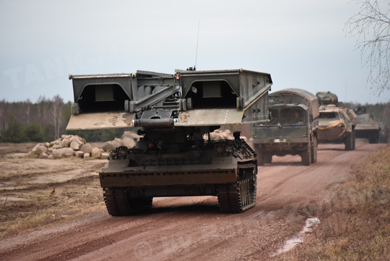 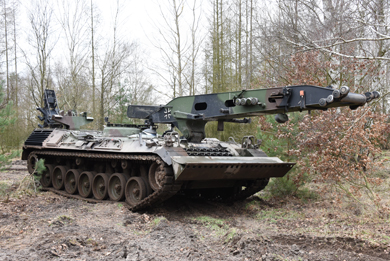 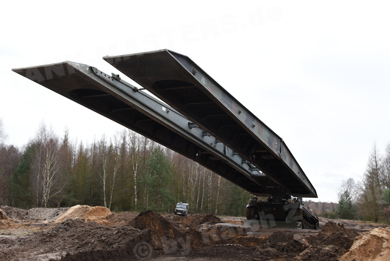 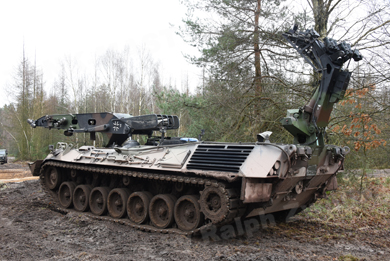 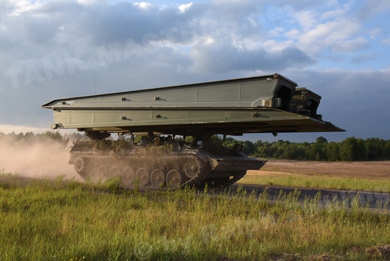 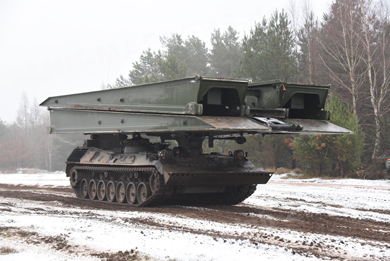 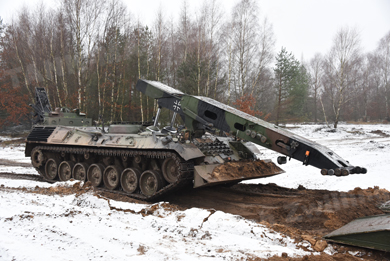 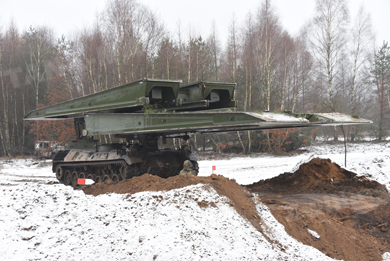 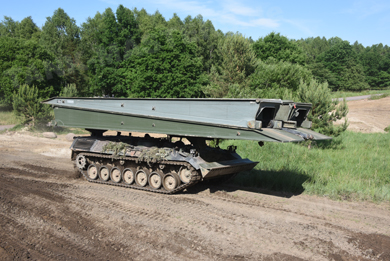 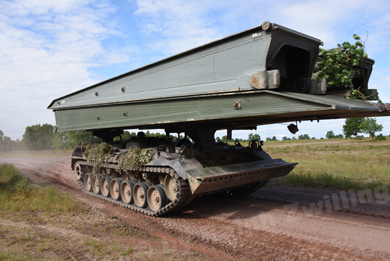 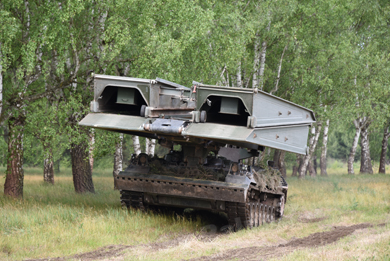 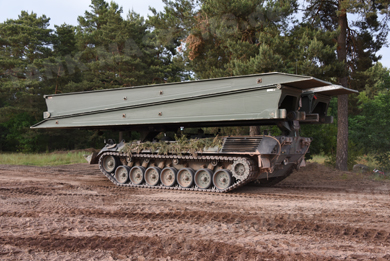 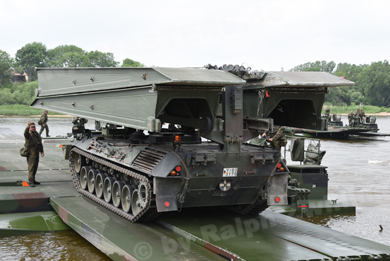 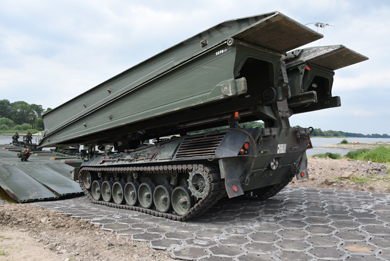 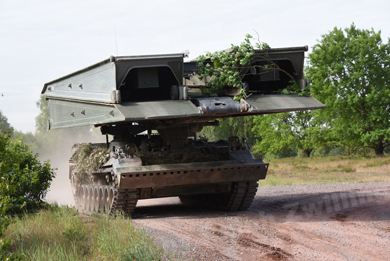 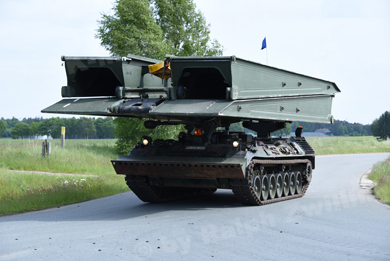 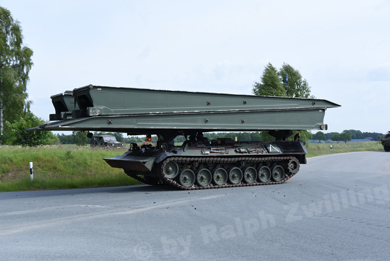 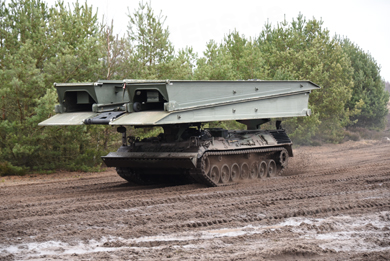 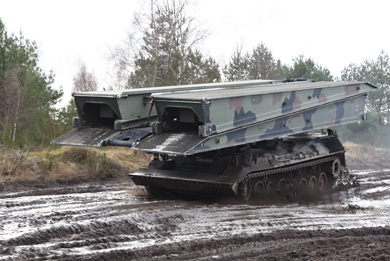 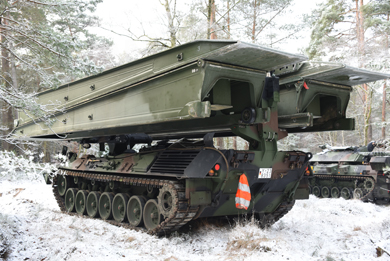 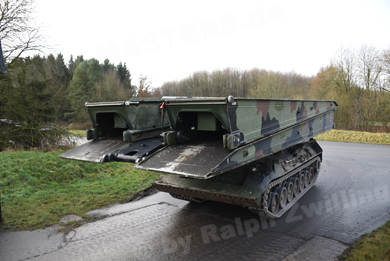 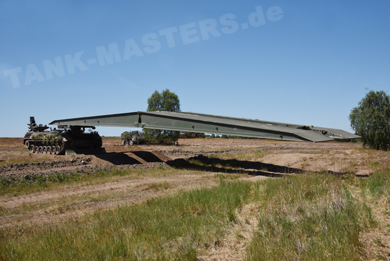