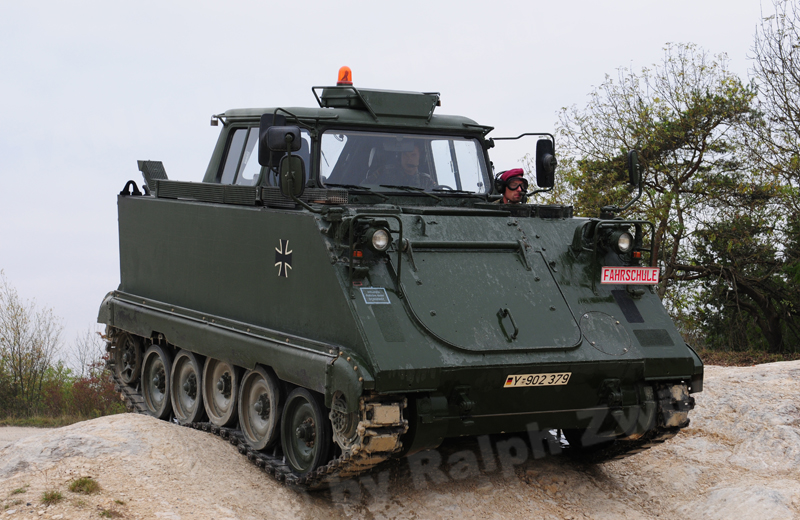 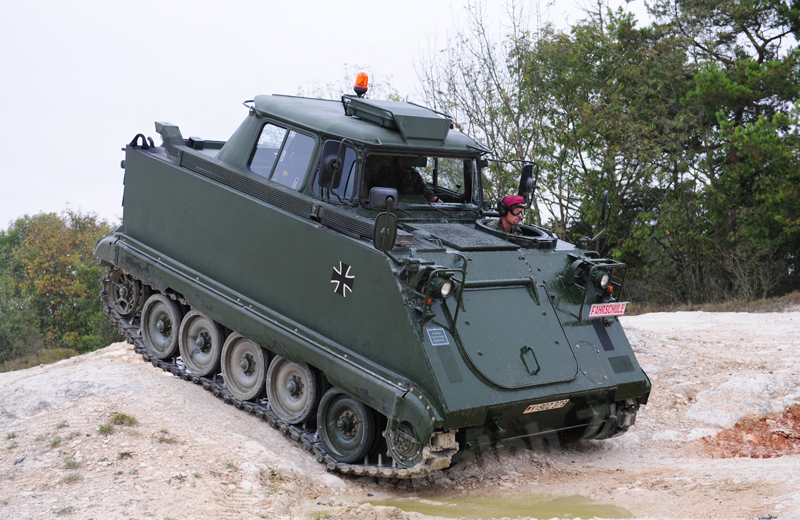 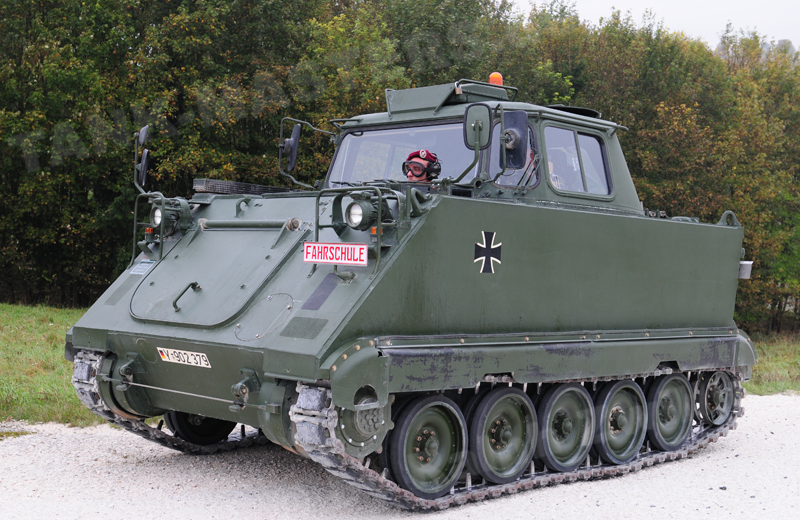 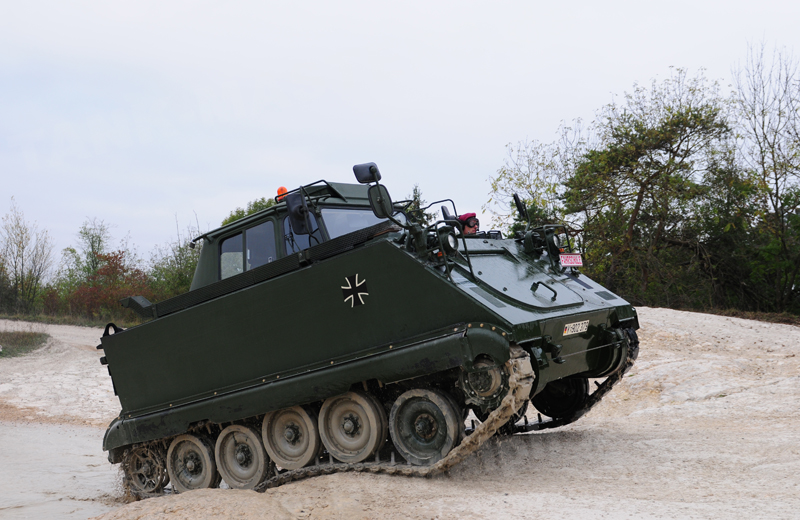 In order to allow new drivers to be trained on the MTW M113 armored personnel carrier, the „Germanized“ M113 G was fitted with driver training equipment. It was installed to the commander’s hatch and was basically a hydraulic override system operated by the military driving instructor. In the early 1970s, Schulpanzer M113 Driver Training Vehicles were fitted with a simple protective cab for the commander’s hatch. While the cab works well for protection, it also had disadvantages. Vibrations caused by running car carried forward into the cab parts, and this resulted in increased noise levels. In total the Bundeswehr procured 70 Schulpanzer M113 Driver Traing Vehicles, and 20 of them were put through the Level 1 Service Life Extension Program. As part of this, additional modifications were carried out on the vehicles. For example the superstructures were replaced with cabs from the Schulpanzer Leopard 1 with remove ballast ring. Like its predecessor, the modified Fahrschulpanzer M113 features and override system, but the electro/hydraulic system was improved. Inside the newly fitted cab there is now also space for two students who previously travelled in the vehicles fighting compartment. Furthermore the exhaust pipewas extended and received a protective cover. Additionally the vehicles were fitted with a vibration-isolated decoupled running gear to increase driving compart for the military driving instructors. After the extensive modification the vehicles received the designation Schulpanzer M113 A2 GE Driver Training Vehicle. 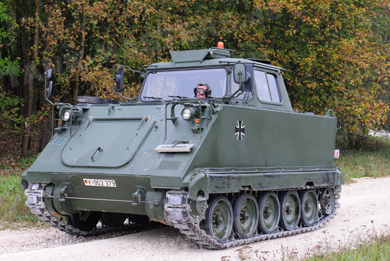 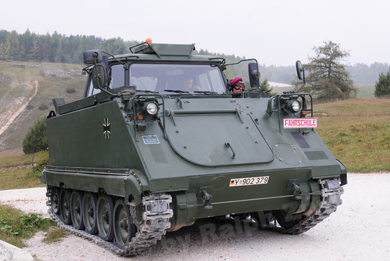 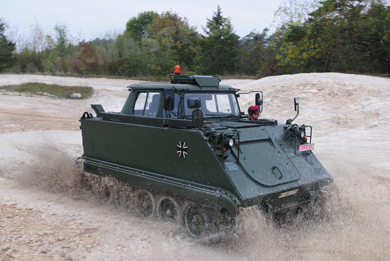 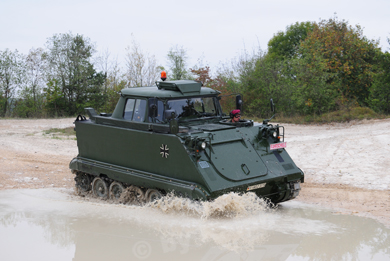 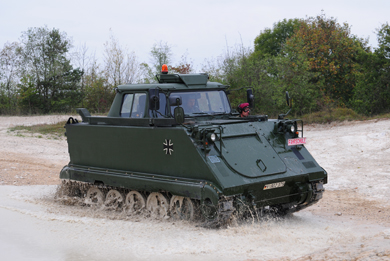 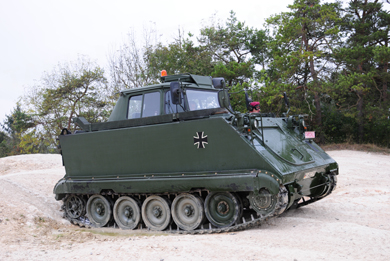 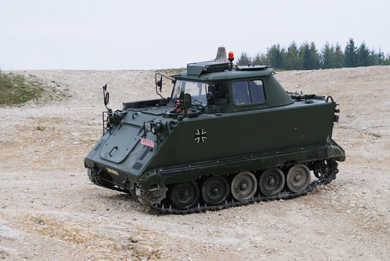 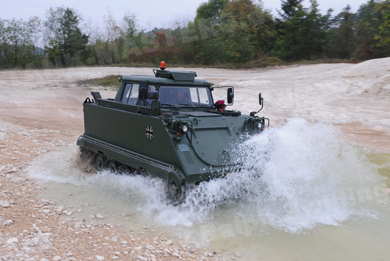 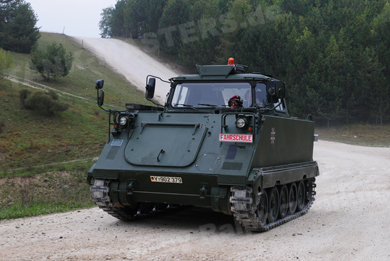 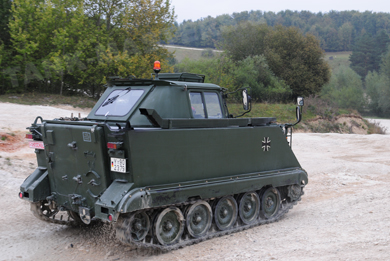