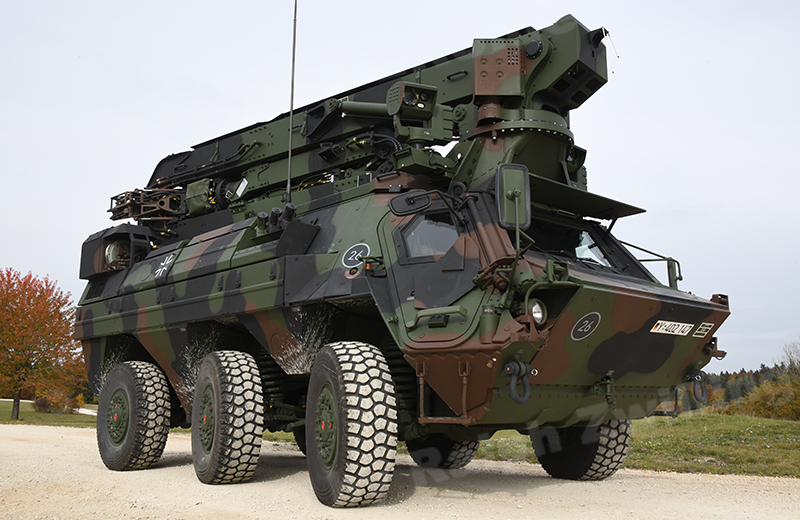 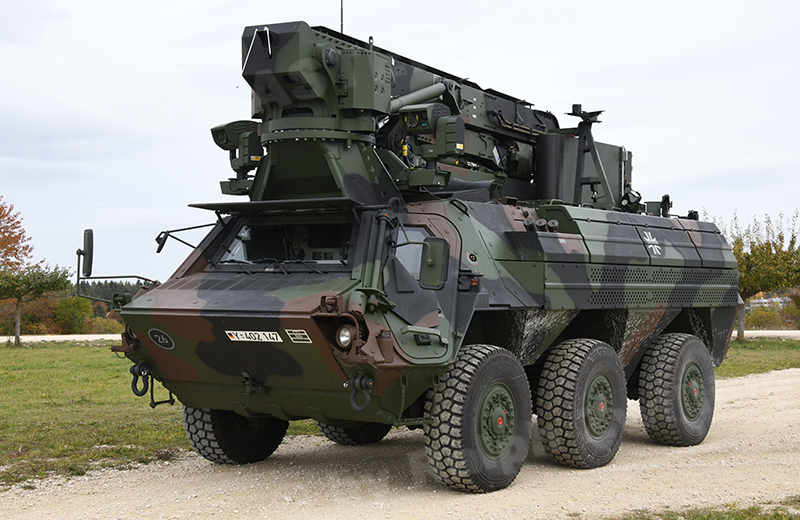 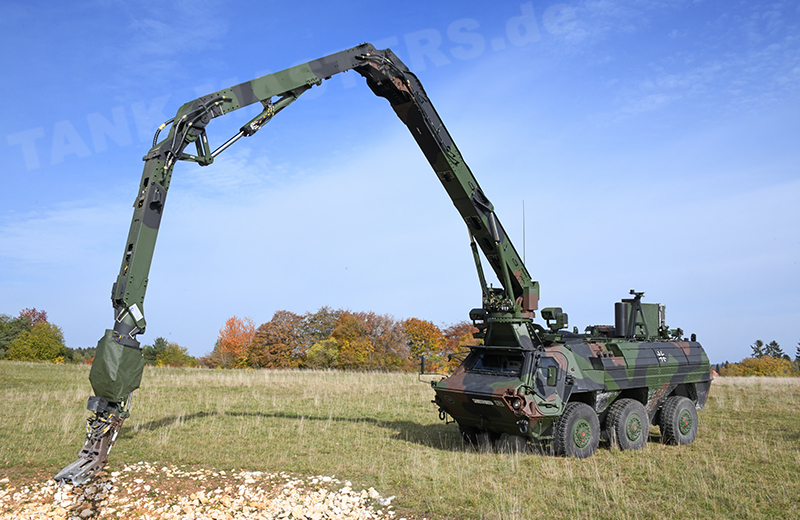 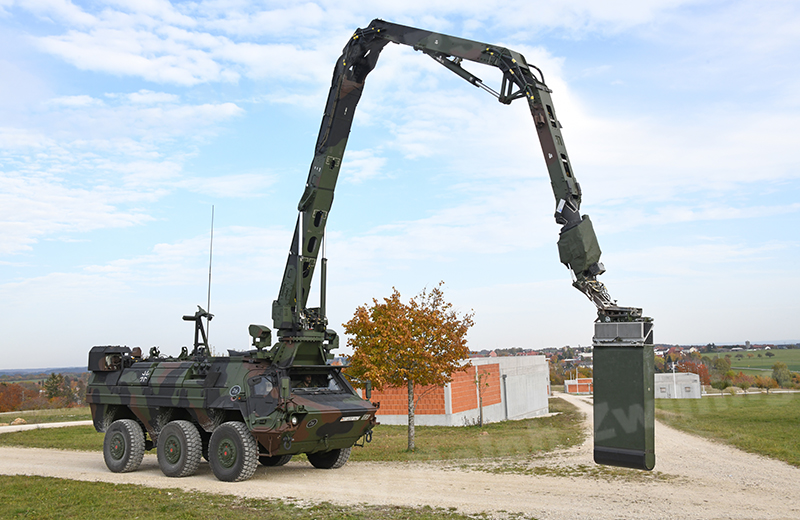 The responsibility of the Fuchs KAI includes the reconnaissance and identification of explosive ordnance, particularly in lateral areas of roads, culverts, underpasses and hard-to-reach areas. In addition, the vehicle supports rescue and recovery operations of personnel and equipment after an IED attack or in other risk zones, particularly explosive ordnance areas such as those in urban terrain.

The development of today’s TPz 1A8A13 Fuchs KAI began as part of the KARS project (Combat Reconnaissance and Clearing System) initiated in 2008, which originally planned to install the combat reconnaissance and clearing system on the carrier platform of the GTK Boxer. In the end, however, the decision was made to use the 1A8 Fuchs armored transport vehicle as the carrier vehicle, as this was to be available for the planned realization in 2017 due to the high prioritization of the project. The KARS on Boxer would have taken considerably longer. Proof of the feasibility of the required long-range manipulator arm was provided as early as 2003 with the Research & Technology (R&T) study of the German/French project MMSR-SYDERA (Mobiles, Minensuch- und räumgerät / Système de Déminage Rapproché).

The TPz 1A8A13 Fuchs KAI is equipped with modern reconnaissance and observation equipment as well as a three-link manipulator arm with a working range of 13.5 m and a high load capacity. This enables the crew to investigate suspicious areas from the vehicle at a distance and to precisely detect and identify explosive ordnance and IEDs. Using the basic tool mounted on the manipulator arm, suspicious objects can be exposed to a depth of up to 30 cm. Exposure is supported by the use of a water-air-spade-system consisting of a high-pressure water jet was well as a air blowing device. A rescue system adaptable to the manipulator arm can be used to evacuate persons and material from a danger zone if necessary.

In the front roof area there are two reconnaissance optronics with swivel-tilt head for all-round visibility. Each of these contains a color daylight camera, a thermal imaging system and a laser rangefinder. In addition, two arm cameras and a 3D stereo camera are available so that the operator can get a realistic picture of the working area of the basic tool. The overview camera, which is usually located in the left rear area, can also be used as a tool camera by mounting it on the basic tool. In order to verify the presence of explosive ordnance in case of suspicion and to identify it afterwards, a dual sensor with ground penetrating radar and magnetic detector can be adapted to the manipulator arm in addition to the tool camera. This is stowed away in the left rear roof area when not in use.