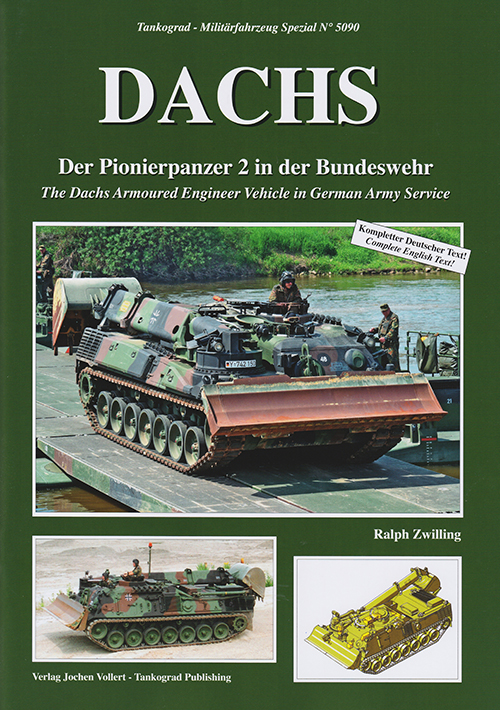 After the failure of the project to develop the Armoured Engineer Machine and to close the existing equipment gap in the Bundeswehr’s Engineer Corps, a solution was sought and found in the Pionierpanzer 2A0 Dachs AEV. The first of its kind was handed over in 1989. The early 2000s saw new equipment introduced and led to the new storage concept (Neues Verstaukonzept, or NVK) and from 2006 the new Pionierpanzer 2A0 NVK Dachs was fielded. Up till March 2021 a total of eleven Dachs armoured engineer vehicles were equipped with the Command and Weapon Engagement System Land-Based Operations (FUEWES LBO) and designated Pionierpanzer 2A0A2 FUEWES LBO Dachs. This publication shows the three Dachs (badger) variants in action and takes a highly detailed look at their vehicle technology and specialised engineer equipment