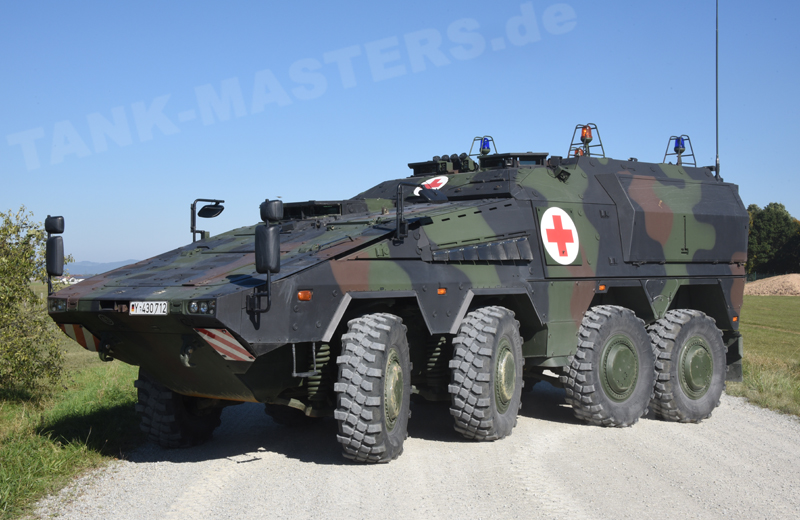 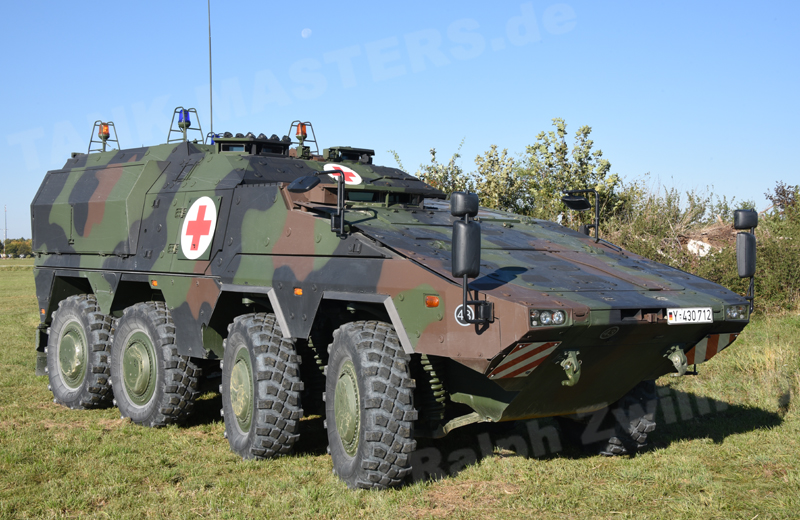 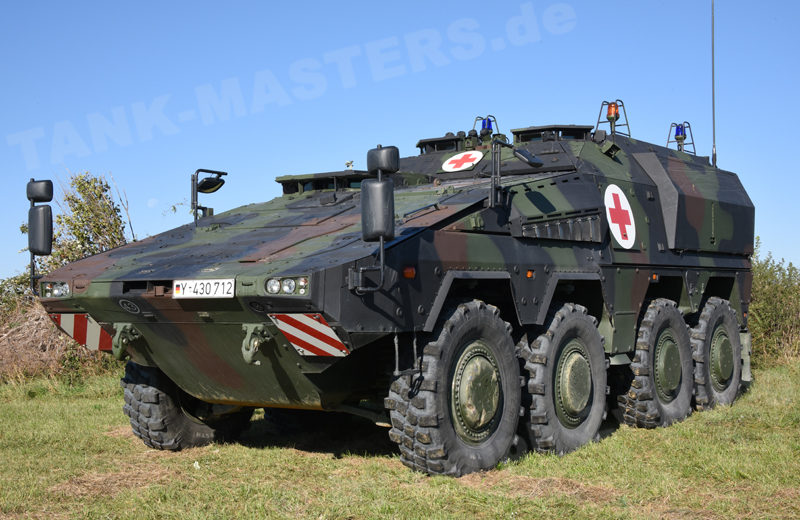 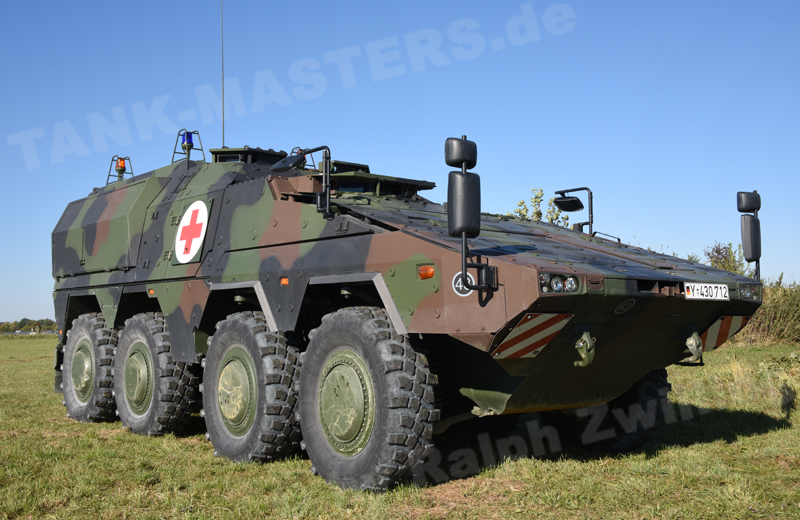 In order to provide the Army Medical Corps with another armored system besides the YAK and the Transportpanzer 1 Fuchs for recovering wounded soldiers, the Bundeswehr Central Medical Service procured 72 GTK Boxer Heavy Armoured Ambulance Vehicles. These are used across the entire mission spectrum of heavy mechanized forces and have sufficient mobility to allow tropps to conduct long-range movements. In constrast to the A1 version the A1+ vehicles mostly have changes of the storage concept or also of the medical kit. For example the A1+ vehicles feature an additional table getting attached with clips, a mount for the keyboard at the commanders table, a cover plate for the BGAN transceiver, an exterior mounted square-section key for the emergency opening of the commanders hatch, additional USB ports for the physicians monitor, an edge protection for the litter lift system but also straps for the patient vial function monitors. The design status A1+ is no official designation of the Bundeswehr but mostly used by the industry. The vehicle is used to transport injured, wounded or sick personnel of all degrees of severity from the area of were they were wounded to a treatment level 1 (first aid station) medical facility, while continously maintaining medical control and monitoring and securing the patient`s vital functions. The crew consists of the commander (i.e. paramedic), driver and the physician. Depending on the situation, seven seated casualties, three litter casualties, two litter and three seated casualties, or one intensive-care casualty can be carried. The armamment consists of a 76mm smoke grenade discharger system with eight launchers. On 28 June 2017 the manufacturer ARTEC received an order to upgrade all GTK Boxer Heavy Armored Ambulances to A2 variants. This includes the mission kit “Fit-for” driver visualization system installation kit, modification of the exhaust gas and cooling airflow, as well as repositioning of the tow cable and driver’s station. The upgrade included installation of a fire suppression system, integration of two G36 weapon storage racks above the rear ramp, as well as a changed cover for the commander’s storage shelf and cabinet from nets to transparent tarpaulins. In the future, all driving and mission modules will be upgraded to A2 variants.

Publication about the GTK Boxer 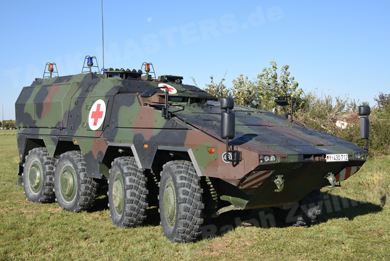 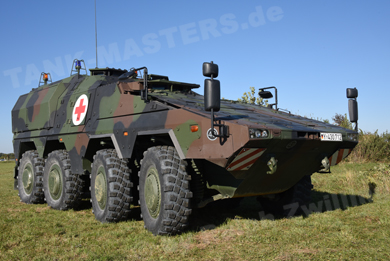 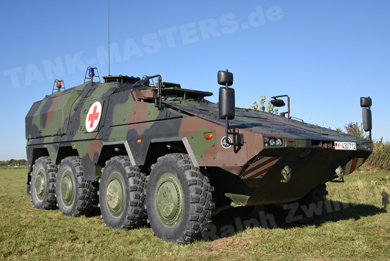 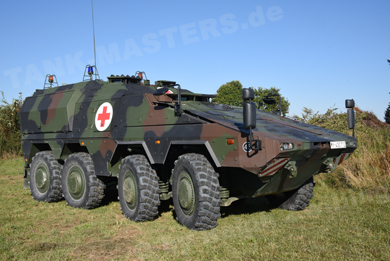 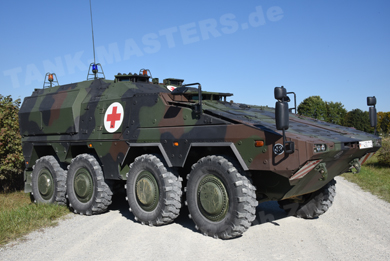 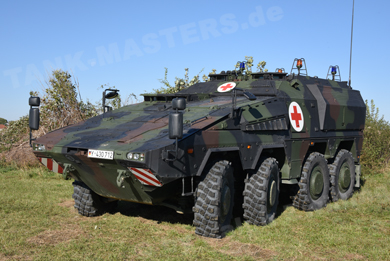 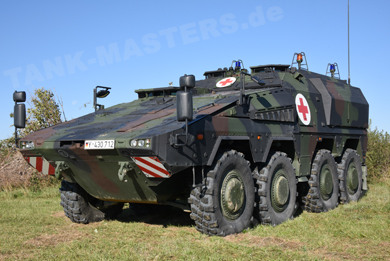 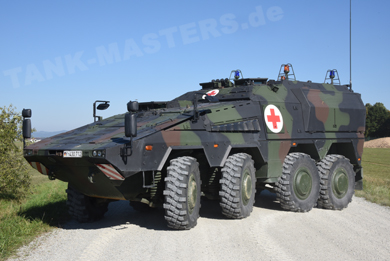 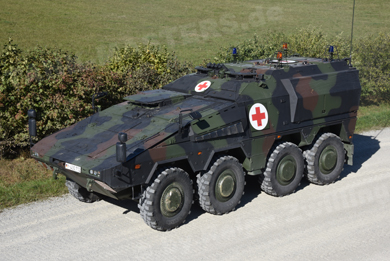 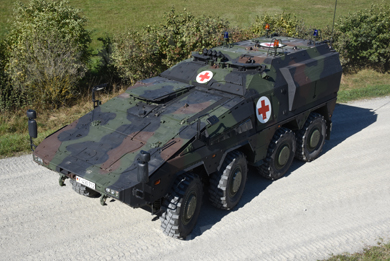 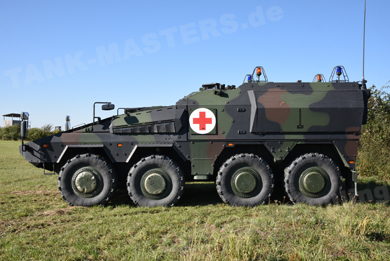 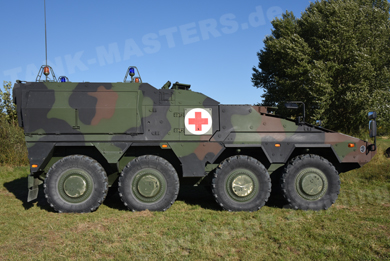 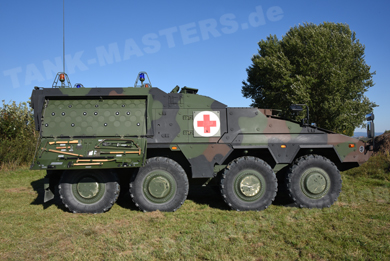 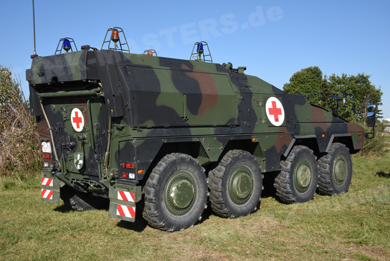 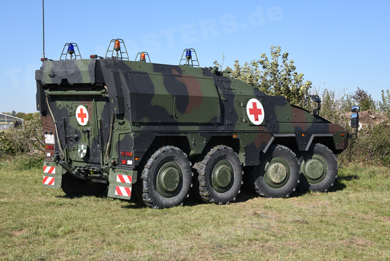 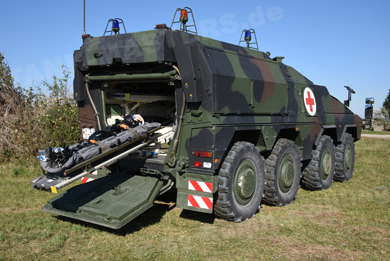 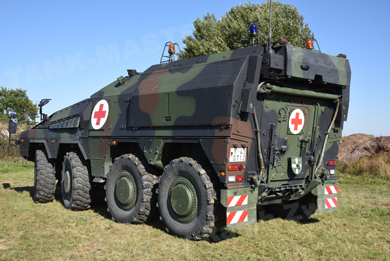 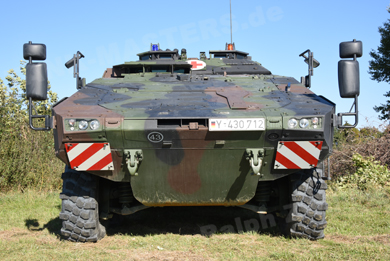 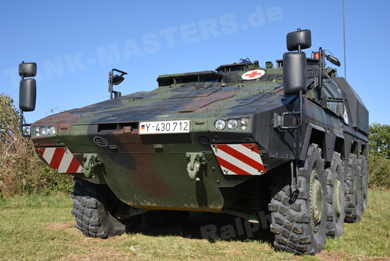 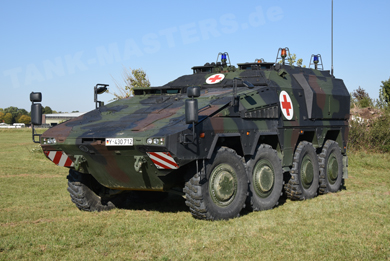 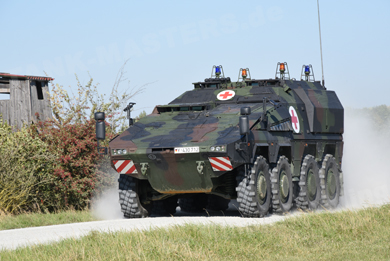 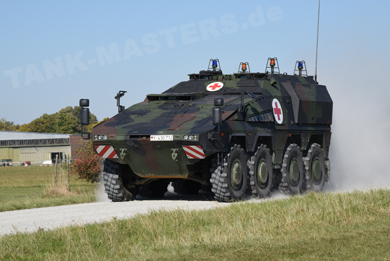 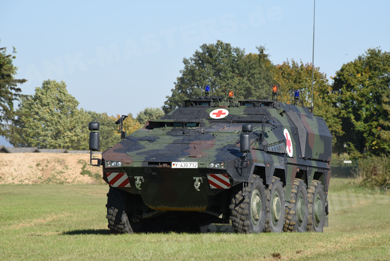 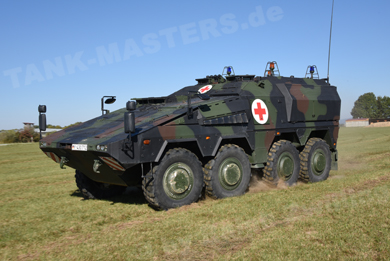 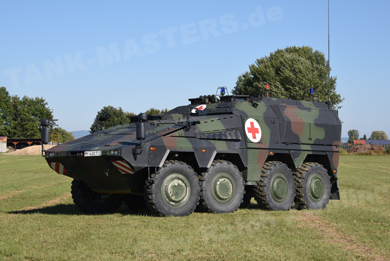 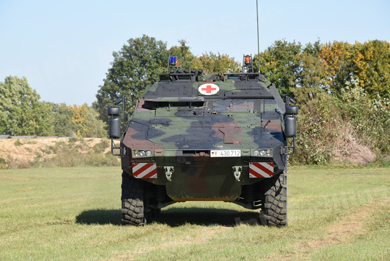