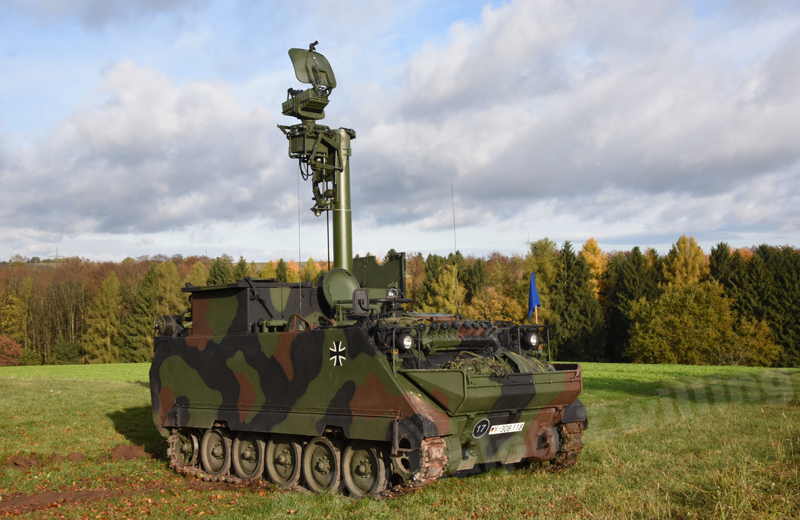 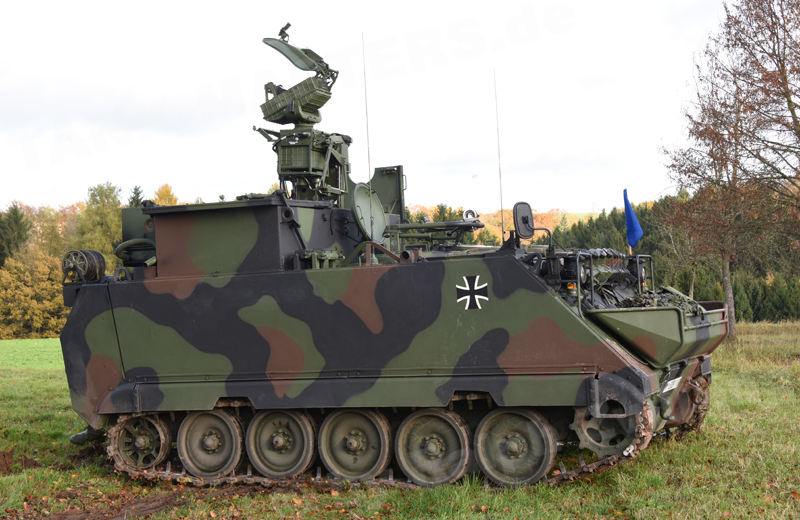 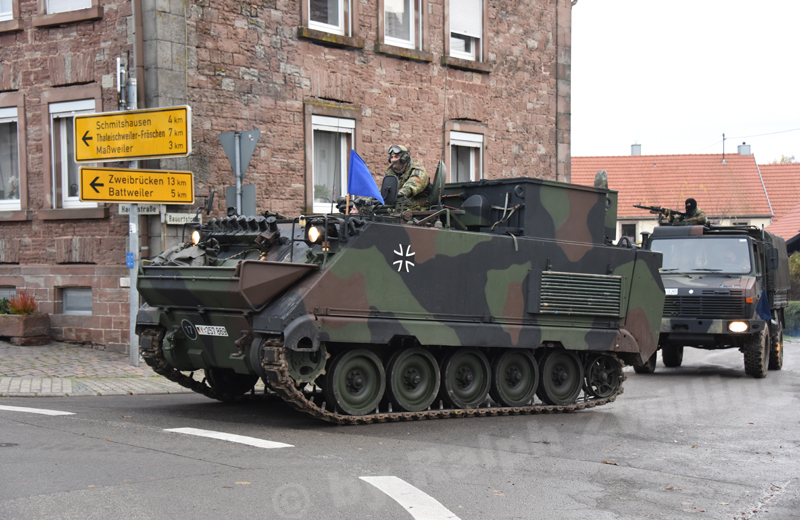 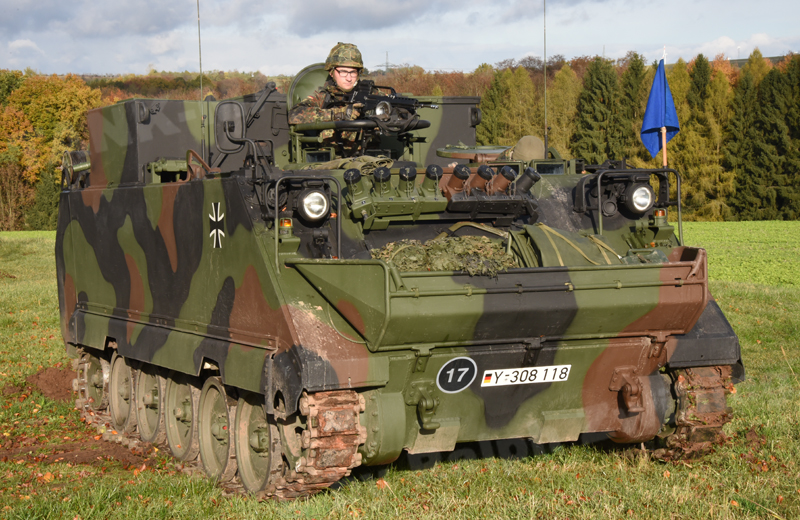 Between 1976 and 1978 , at total of 73 M113 A1 G vehicles were converted into carrier vehicles for the DR-PC-1a RATAC (Radar de Tir pour Artillerie de Campagne) radar that is mounted on a telescopic mast. The radar equipment permits battlefield surveillance by day and night, observing and measuring artillery fire as well as guiding vehicles and aircraft operating at low speeds. Within 60 seconds the radar, stored in a waterproof box-shaped enclosure on top of the fighting compartment, with a range of 20 km can be elevated up to height of 6.82m. In the 1980s vehicles were fitted with a diesel engine with suction cooling system and received the designation M113 A2 G. At the end of the 1980s the vehicles were also equipped with external fuel tanks (EFT). The SEM 25/35 VHF radio used to far were then replaced with modern SEM 80/90 VHF radios. These vehicles received the designation M113 A2 G A0. Since the 1990s, a total of 35 vehicles were fitted with a modified version of the radar, the RATAC-S. Afterward the vehicles were designated RATAC-S M113 A2 EFT GE A0. The new system has a greater operational range of 38km and is more accurate and, due to modern technology, can be put into action much more quickly and needs less time in case the vehicle has to change position. Today the vehicles are designated as Trägerfahrzeug RATAC-S M113 G3 EFT GE A0 and fitted with the FNA 4-15 vehicle navigation system, a north reference unit, a target waypoint plotter as well as a DEA 64 data input/output terminal. The armament of the vehicle consists of a 7.62mm x 51 MG3 air defence machine gun and a 76mm smoke grenade discharger system with eight launchers. 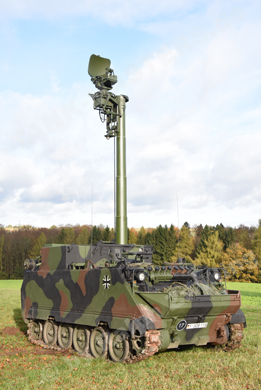 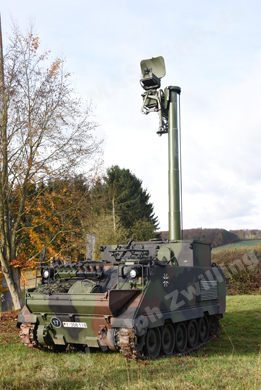 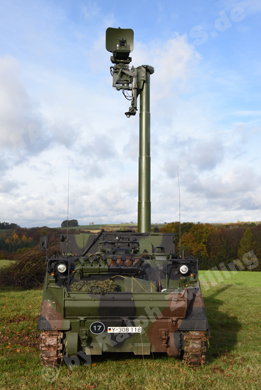 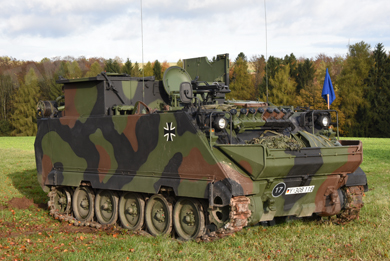 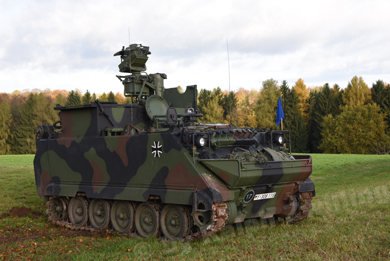 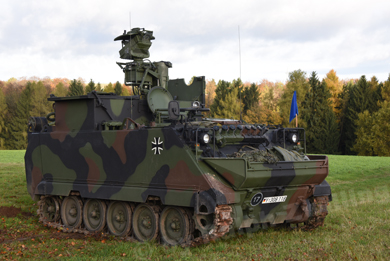 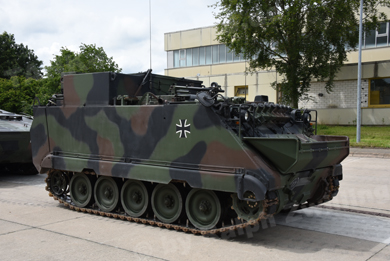 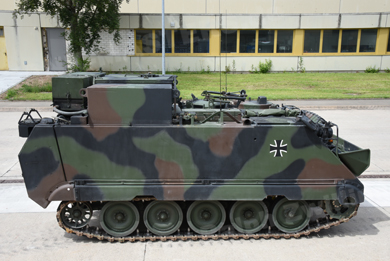 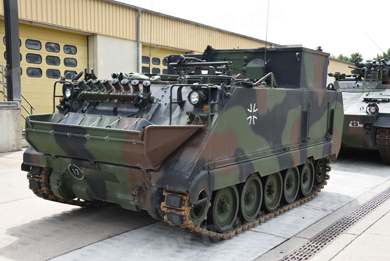 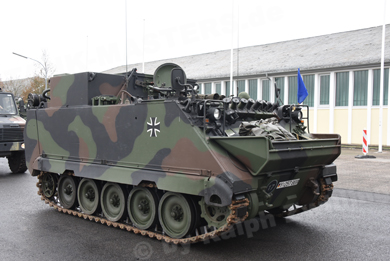 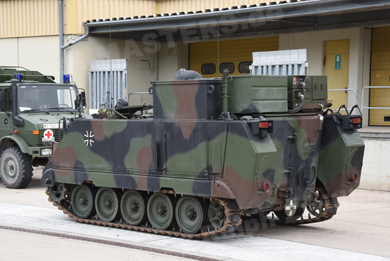 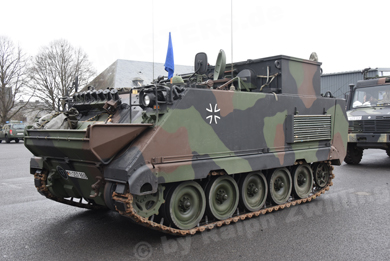 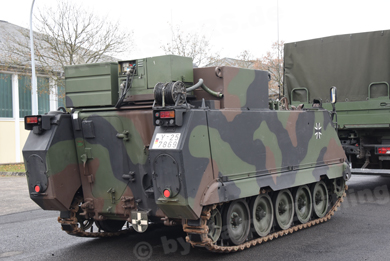 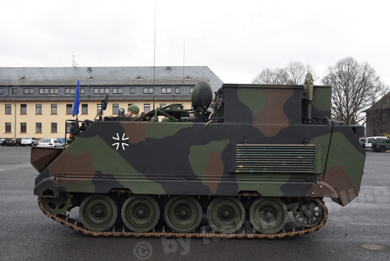 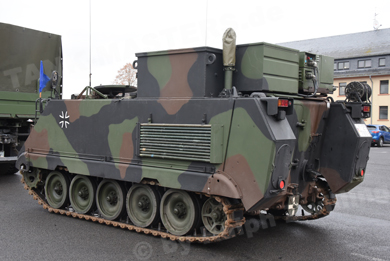 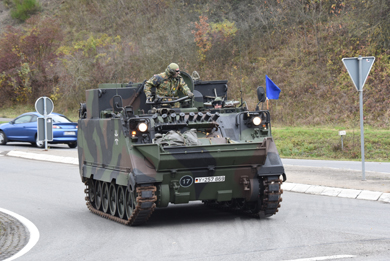 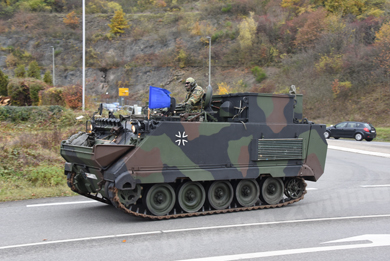 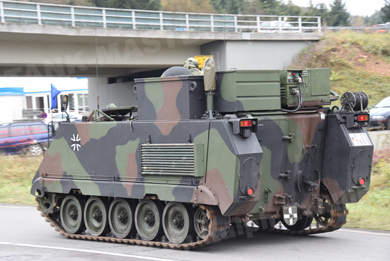 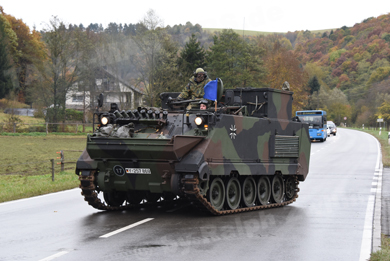 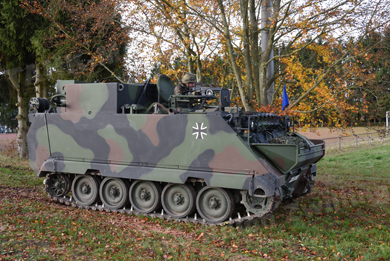 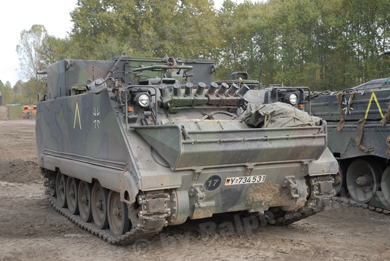 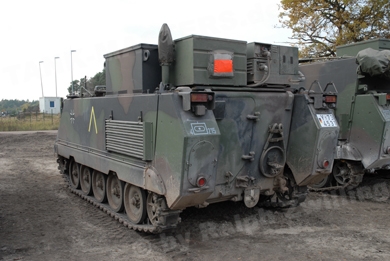 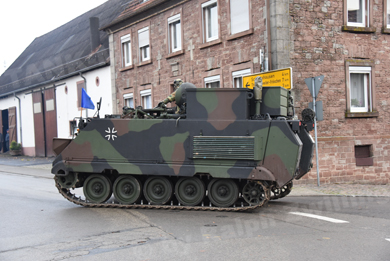